The Alberta Biodiversity Monitoring Institute released a new report in June 2014 assessing the climate change vulnerability of Alberta’s land based plants and animals. 173 species were examined regarding their sensitivity, exposure to risk, and ability to adapt. 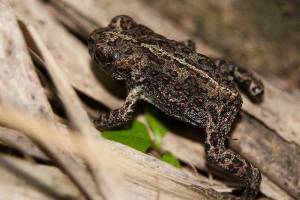 Not surprisingly, amphibians are considered to be most vulnerable to climate change. This makes sense because humans create barriers that prevent them from moving, and they have a very small niche in terms of their tolerable temperatures and moisture levels. Birds can move easily, therefore they are more likely to be able to find new suitable habitats. Plants however, generally have very low ability to move to new habitats quickly; therefore, they are at greater risk from changes.

Although, species that are currently at risk tend to have the highest vulnerability, there are other species which are currently considered to be secure within the province that the report proposes may be at higher levels of risk. One of these is the Tamarack. 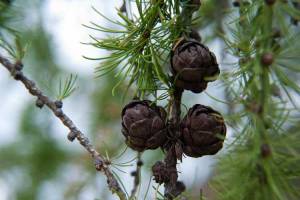 I like to call the Tamarack the tree with the identity crisis. It has needles and cones like a conifer. But it drops those needles for the winter months like a deciduous tree. The main factors that increased risk for this species includes how their seeds spread, slow recovery from disturbance, and temperature tolerance. The seeds are primarily spread by wind, but research has shown that these seeds generally land within a short distance of the parent tree; this makes it difficult for the species to establish populations in new locations. They are also typically found in cooler sites so increasing temperatures may affect suitable habitat.

When you think about climate change, particularly in Canada, it is easy to focus on the animals with charisma like the polar bear. But they are not the only ones that will be affected. As the ABMI’s report demonstrates there are many different factors to consider when addressing vulnerability of different species. But one thing can be said for sure, there will be changes; how much is largely up to us.

I am passionate about making science, sustainability, and sport accessible through engaging information and activities.
View all posts by Tai Munro »
« Trying to find enough
Breast Cancer and Dragon Boating »